From MDD wiki
Jump to navigation Jump to search

During the recess week in October I worked in the lab at the Master Digital Design for a few days. My goal was to discover what the lab has to offer for me as a student.

Before my week as maker in residence I was a bit overwhelmed by all the possibilities in the lab. It was difficult for me to place all the different materials in categories. Until the moment I walked in during my lab week, I didn't make a choice what to work with.

My expectations were that the lab is a place where one can work on more physical (computational) things, from Arduino till some basic woodwork. I hoped for a place that inspired me with materials and possibilities. A place to discover, experiment and make, without constantly thinking about a specific result or goal.

When I came into the lab, I started orienting and found myself attracted by the VR goggles and workstations. The first day in the lab I spent trying out some VR games and trying to run my own Unity sketch on the Oculus Rift. Unfortunately, even with the help of Will and Dolinde, I didn't succeed to run my Unity project on the Oculus. After that first day of struggling, I decided to go for something more physical. 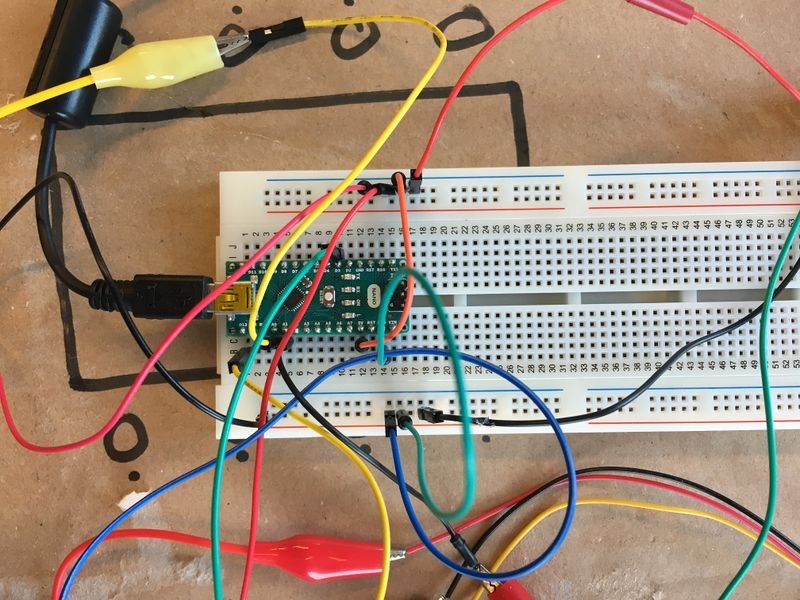 On Tuesday I took an Arduino Nano from the shelves and started setting it up on my computer. In the beginning I had some trouble with finding the right port in the IDE. I assume that this has something to do with the USB C to USB converter that I use on my MacBook. After setting up I first ran the blinking light example to check if everything was working fine.

My first Arduino experiment was with a LED strip as output. During the first project Lennard had used one of these strips in his project, so he helped me set up the strip and showed me how so switch on and off specific lights in specific colours.

An interactive system also requires input. That is why I started experimenting with sensors. I wanted to do something with distance, so I chose to try out the ultrasonic distance sensor. This sensor sends out a signal and waits for the echo of the signal to return. The time between sending and receiving the echo is used to calculate the distance. Online I found a piece of code that helped me to calculate the distance in centimetres and log it into the serial monitor. 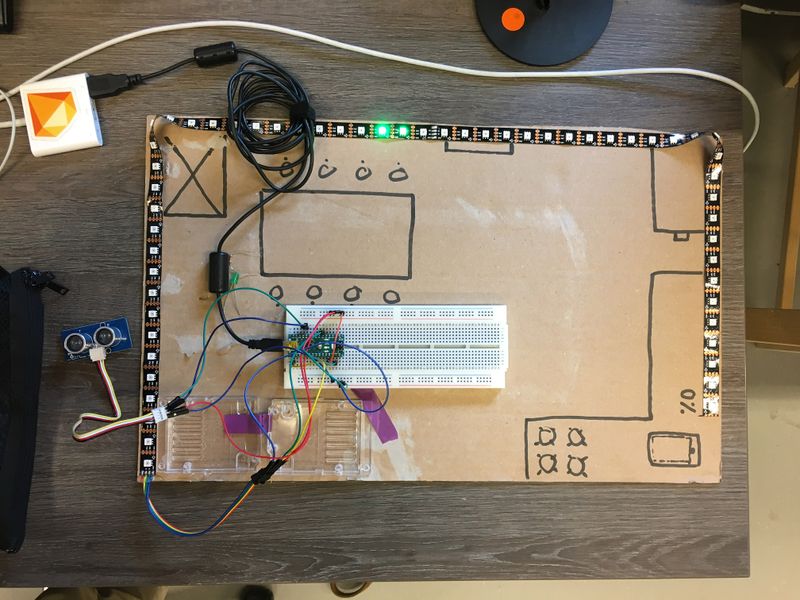 To be able to select a specific LED to switch it on, I stored the distance sensor value in a variable and used that variable to select a LED. It worked, but not very smoothly. The measurements seemed to be very precise when the sensor measured. Unfortunately I discovered that a lot of the measurements gave back a 0 value. I switched the sensor for a new one of the same type, but the problem remained. 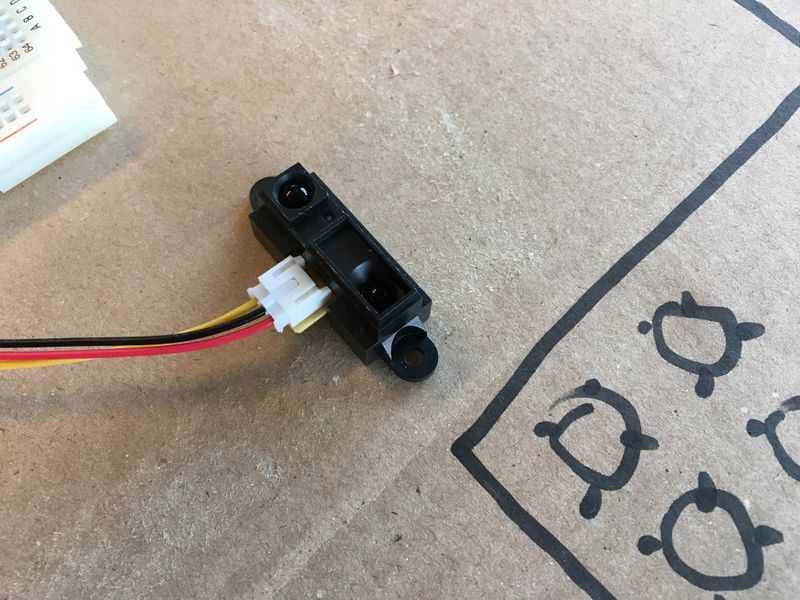 Because the ultrasonic sensor didn't give constant values back, I switched it for an IR distance sensor that could measure between 10 and 80 cm. It gave back less accurate results, but no measurements of 0.

Animating with the LED strip

My next step with the LED strip was to create an animation-like effect. My Arduino sketch switched on the first LED, had some delay and switched the next one on and the first one off. This was repeated in a loop. As a result, the light was basically 'running' trough the LED strip.

The output of the distance sensor was still stored in a variable. This time I used the input to determine the delay between switching the LEDs. The closer an object came to my sensor, the faster the LED strip animated. 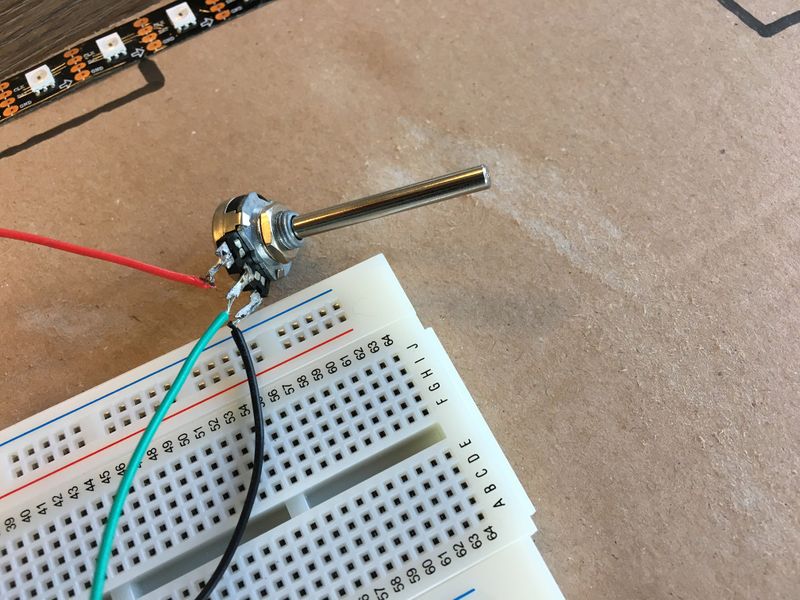 The next input device I added to my setup was a potentiometer. I wanted to control the hue of the LEDs with this. I tried to translate the RGB code that the LED strip takes as input to HSV, to be able to control the hue. Unfortunately I didn't succeed to get this working during my stay in the lab.

After spending a week in the lab and learning a bit about micro controllers, I leaned to categorise the different materials in the lab. This makes it easier for me to navigate the shelves.

While trying out the different sensors I learned that most sensors are not usually plug and play. They require some interpretation code to use them in an effective manner.

Another thing I experienced during my week in the lab is that just playing and making without a specific outcome in mind, helps light up my creativity. It's okay to sometimes just try stuff based on interest and intuition. For me the lab is a place away from the usual work, where materials and technology can inspire me. This can bring in new interesting experiences to a project.

This week has been valuable for my future projects. Working with an Arduino enables me to connect new sensors and actuators to my digital work. It opens up a whole (physical) world of possibilities. The LEDs and distance sensor that I used in this week, could be replaced by so many different things. I can't wait to use this in projects, to break out of 'closed off' technology (that's how it feels for me sometimes when I design a smartphone app or a website).